ACTU Media Release: Australian workers are getting poorer and the Turnbull Government is doing nothing

Working Australians are struggling to keep up with the soaring cost of living, while the Turnbull Government hands out $65 billion in tax cuts to big corporations.

Working Australians are struggling to keep up with the soaring cost of living, while the Turnbull Government hands out $65 billion in tax cuts to big corporations.

The results of The University of Melbourne’s Household, Income and Labour Dynamics in Australia (Hilda) survey found all Australians are being hurt by stagnant wages, with household incomes going backwards since the Global Financial Crisis.

Home ownership is now also out of reach for most Australians under 40, with the percentage of people who owned a home in 2014 lower than it was in 2002.

In Sydney the numbers were particularly grim, with home ownership for under-40s down to 20 per cent from 31 per cent since 2012.

The cost of childcare was also found to be having a profound impact on the lives of working people, with costs up 104 per cent for single income families and 75 per cent for couples since 2002.

The Australian Council of Trade Unions (ACTU) has also calculated that, when compared to inflation, the cost of many essential items have increased considerably faster than CPI:

“The Turnbull Government is on the record as denying inequality is getting worse. We are calling bullshit on that lie right now.”

“Inequality is a live issue in Australia and the Hilda survey confirms it on almost every measure. People are struggling. Children are falling into poverty, the cost of living has skyrocketed, inequality is rife and ordinary household incomes are falling.”

“Instead of addressing these serious issues, the Turnbull Government attacks unions and hands out billions of dollars to big corporations.”

“The pay packets of Australians are shrinking and are not keeping up with the cost of living, whether you work full time, part time or casually.”

“There has been zero improvement in median household incomes since 2009; in fact they are going backwards.”

“Families with young children are doing it particularly tough, with childcare costs rising at more than 100 per cent for some since 2002. A quarter of single parent families also now live in poverty.”

“Australian workers need more than ever to be part of a union. That is the only way we are going to get the power back and stop wages falling further behind.” 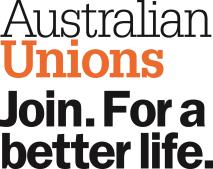