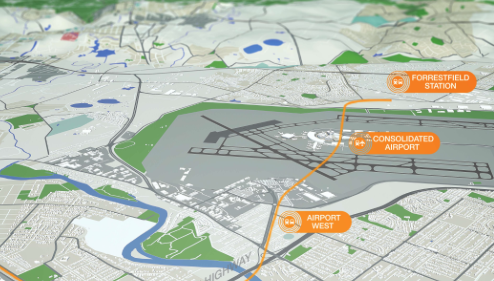 The Forrestfield-Airport Link Bill has been announced, which, if passed, will authorise the construction of a railway from Bayswater to Forrestfield.

This new railway will branch off the Midland line from a point east of Bayswater Station and end at Forrestfield, running underground in twin bored tunnels underneath the Swan River, Tonkin Highway and Perth Airport.