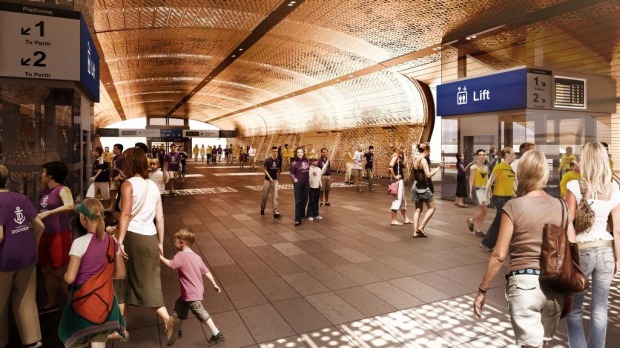 The new Perth Stadium development heralds a new and exciting chapter in the transformation of Perth city as well as further development of public passenger rail transport in Perth.

Site works began early in 2014 and are well underway. The project is reportedly on track for completion in time for the start of the 2018 AFL season.

The focus remains on delivering a stadium “that puts fans first”. The stadium will use innovative design techniques and state-of-the-art technology, ensuring an unrivalled spectator experience for years to come.

The Perth Stadium and Sports Precinct is expected to form an integral part of the Burswood Peninsula and, alongside other local major developments, will enhance Perth’s reputation as a world-class city.

The Union understands the Stadium Station will: