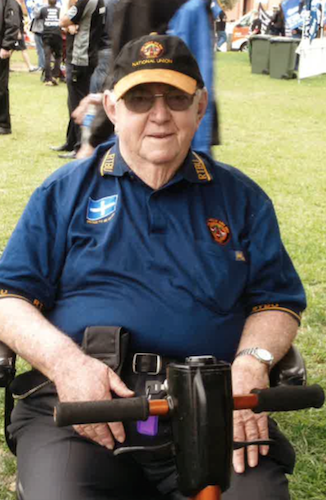 We are saddened to announce the passing of Reg McKell, the branch's first Life Member.

Reg was awarded this honour at National Council in 1997.

Over the last year, Reg was not as active as he'd previously been, due to illness, and he lost that battle in Fremantle Hospital on Monday, aged 84.

Reg was a tireless campaigner and stood with many union comrades in the blue collar unions throughout their various campaigns, including state industrial relations changes and the wharfies dispute.

In the 10 years I have been Secretary, Reg marched in every May Day rally, except for one when he was on holiday with his sons and grandchildren in South Australia.

He was known around town by many as he also took part in seniors' rallies for fair superannuation.

During his time on the railways, Reg was based in both Kalgoorlie and Port Augusta, and has family in both WA and SA.

Reg will be very much missed by all the community, and especially us in the office, where he was a regular visitor. 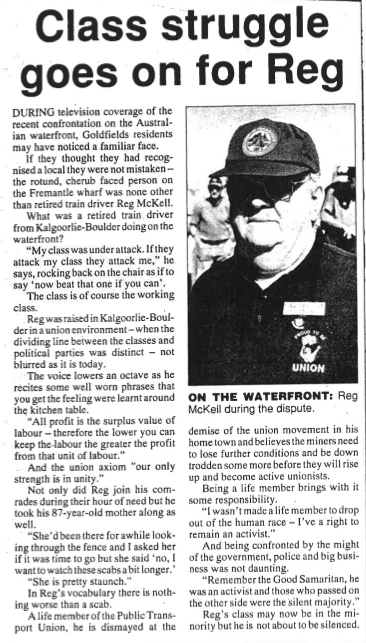